Dr Thomas Witherow is a name perhaps known through his small work, “The Apostolic Church, Which Is It?”  https://archive.org/details/apostolicchurchw00with

He did, however, write a much more substantive work on church polity, “The Form of the Christian Temple : being a treatise on the Constitution of the New Testament Church.” (1889). It has recently been reprinted but is available free online: https://babel.hathitrust.org/cgi/pt?id=nnc1.cr60083778;view=1up;seq=7

This review by B B Warfield shows the high esteem in which Witherow and his work were held.  I have not edited the review, despite its over long paragraphs.  (The abbreviation that is used, sq, is from the Latin sequiturque, which basically, means “the following (next) page”; much as we would use ff.)

From The Presbyterian Review (1890)

The Form of the Christian Temple : being a treatise on the Constitution of the New Testament Church. By Thomas Witherow, D.D., LL.D., Professor of Church History in Magee College, Londonderry. Edinburgh : T. & T. Clark ; New York : Scribner & Welford, 1889.

Some Resources on the Psalms

Some Resources on the Psalms

Some old, some new - but we should constantly be returning to the study of the Psalms.  I said in preaching to my home congregation recently, “Read the Bible.  Read all of the Bible, but saturate yourself in the Gospels and the Psalms.” We can never be too much in the Psalms!

Firstly in terms of music I have discovered the wealth of Psalm versions produced by My Soul Among Lions.  They have a musical style that I particularly enjoy:
https://www.amazon.co.uk/s/ref=nb_sb_noss_2?url=search-alias%3Daps&field-keywords=my+soul+among+Lions

These will sit alongside my Ian White renditions of the Psalms, based on the NIV
https://www.amazon.co.uk/s/ref=nb_sb_noss_2?url=search-alias%3Daps&field-keywords=Ian+White+Psalms&rh=i%3Aaps%2Ck%3AIan+White+Psalms

Written resources that I have enjoyed recently:
“The Psalms : their history, teachings, and use” by William Binnie (1823-1886)
https://archive.org/stream/psalmstheirhisto00binn#page/n0/mode/2up

The Psalter Reclaimed: Praying and Praising with the Psalms by Gordon Wenham
https://www.amazon.co.uk/dp/B00BFW3ETQ/ref=dp-kindle-redirect?_encoding=UTF8&btkr=1

Singing the Songs of Jesus: Revisiting the Psalms by Michael Lefebvre
https://www.amazon.co.uk/Singing-Songs-Jesus-Revisiting-Psalms/dp/1845506006

The Flow of the Psalms: Discovering Their Structure and Theology by O. Palmer Robertson
https://www.amazon.co.uk/Flow-Psalms-Discovering-Structure-Theology-ebook/dp/B00YD5XCXA/ref=sr_1_1?s=digital-text&ie=UTF8&qid=1520527020&sr=1-1&keywords=Flow+of+the+Psalms 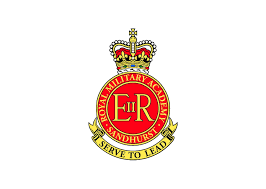 My son posted some pictures on Facebook this week of 400 Troop, Royal Logistic Corps, clearing snow at their barracks. The post said “All hands on deck at 400 Troop this morning to clear heavy snow from the access road to Helles Barracks. All ranks were involved in the effort using shovels and spreading grit manually.”  He, a Captain, was working there alongside his troops.  One comment quoted the phrase, “Serve to Lead”.

“Serve to Lead” is the motto of the Royal Military Academy, Sandhurst, where British Army officers are trained.  John Keegan, writing in the Telegraph, says:

“The Academy’s motto is “Serve to Lead”, a paradox if ever there was one. But this seeming contradiction is precisely at the heart of what makes Sandhurst a very special place. It teaches, above all else, that an officer must lead by the force of his unselfish example; it explicitly emphasises the centrality of leadership rather than man-management.”

This would also be a very suitable motto for ministry.

Our Lord says, “I am among you as the one who serves.” (Luke 22:27)  Indeed the very term minister derives from the term for a servant.  Ministry is not primarily about our status, authority, and importance.  We are called to lead, but that leadership gains its acceptance through our service. Those whom we lead hear our actions as much as our words.  When we display an arrogance that demands acceptance but does not earn it by service, we show that we are not motivated by the example of Christ or led by his Spirit.

All That Is in God

All That Is in God

All That Is in God: Evangelical Theology and the Challenge of Classical Christian Theism – July 13, 2017

This important study on the simplicity of God has certainly generated a lot of discussion in Reformed circles. Dealing with the issue of the immutability of God he defends the traditional orthodox and catholic view against revisionist arguments.  Those he interacts with (or rather against) include Donald Macleod and John Frame, so it should be of interest to those in the Free Church of Scotland. Amazon are offering the Kindle version at an amazing discountof £3.70 :

The Preacher, The Pastor and the Theologian.

The Preacher, The Pastor and the Theologian.

Both preaching and pastoring are nurtured and developed by a thorough acquaintance with God’s word and an awareness of confessional theology. Sadly, when we focus on producing so-called popular preachers or practical shepherds, to the neglect of foundational theological and biblical knowledge, what we produce is a caricature of both true preaching and faithful pastoring.
Posted by Rbtwalker1 at 10:58 No comments:

Sometimes things just come together – what I am reading, what I am listening to, and what I am discussing with others.

This week I have been catching up on the White Horse Inn podcasts, listening to the excellent current series on Worship:
https://www.whitehorseinn.org/radio/

I have also been listening to an excellent address given by the Rev Ian Hamilton at a fraternal this week in Glasgow.  His theme was “What is the Church For?”, and his emphasis was that the church is the gathered assembly of God’s people engaged in glorifying God collectively in their worship.  This was in counterbalance to an inaccurate evangelical idea that the church assembled in worship is of somewhat secondary importance, and the main purpose of Sunday worship is to teach God’s people and encourage them.  Ian emphasised that it is when we are worshipping God and glorifying him in our collective devotion that we will be most blessed.

Then I was at a local church meeting where the theme was “Keeping Spiritually Fresh.”  The video and teaching materials, (from an Anglican source), suggest that there are six ingredients for a healthy devotional life:


Now these in themselves are excellent things, and I commend all of them.  But they are essentially individualistic and pietistic.  What is missing?  The very emphasis that Ian was underlining, the place of corporate worship on the Lord’s Day – the ministry of the Word, Sacraments and Prayer.  We sometimes call them the ordinary means of grace.

In Reformed theology and practice it is more usual to speak of piety than spirituality. In Reformed practice piety is not merely individualistic, it is rooted in our union with Christ and the expression of that union in the collective worship of the church:

“We believe that the way in which Christ communicates the benefits of His mediation to those who are united with Him “are all his ordinances; especially, the Word, sacraments, and prayer” (WLC 154). That is to say, the means of our spiritual growth—the very engine of Presbyterian piety—is worship.”

Modern evangelicalism is essentially individualistic; it struggles to find a place for the corporate worship of God’s people on the Lord’s Day, sitting under the authoritative preaching of the Word and celebrating the Lord’s Supper.  This is why in the USA among so-called evangelicals church attendance averages once or twice a month. Church worship services are side-lined - twice a month rather than twice on  Lord’s Day.

What we need to keep us spiritually fresh and maintain biblical piety is not an either/or approach but a both/and approach.  Commitment to and worship in the local church each Lord’s Day is the primary and essential means to maintain spiritual health.